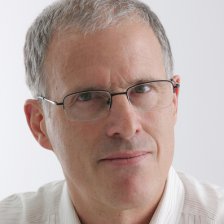 Alan K. Meier (USA), Senior Scientist in the Building Technology and Urban Systems Department, Lawrence Berkeley National Laboratory (for details of the CV see here). Other positions include Head of the Transportation Team, Group Leader Electronics, Lighting, and Networks Group. He is the founder and Executive Editor of Home Energy Magazine. His interests, as expressed by himself, include market failures in the end-use of energy, real-time display of regional electricity demand and supply, teaching concepts of energy use and efficiency. He has spent three years as Senior Energy Analyst at the International Energy Agency in Paris.

Meier has a PhD in Energy and Resources from the University of California. Between 1989-1990 he was a National Science Foundation Fellow at Waseda University in Tokyo. He has published extensively on energy efficiency, especially in the residential and commercial sectors. President Bush issued an Executive Order on the limitation of standby power based on his recommendations. He pioneered a one-year graduate course in energy efficiency at UC Davis, “designed to convey the major concepts of energy demand and efficiency, including technologies, economics, and behavior”. He “developed policies and strategies to assist regions suffering from temporary shortfalls in electricity supplies. These situations require a unique mix of technological and behavioral policies.” He assisted California, Australia, Japan, and China in responding to electricity shortages.