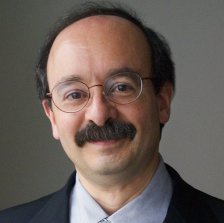 Amory B. Lovins (USA), a consultant physicist and innovator in energy and its links with resources, security, development, and environment, has advised the energy and other industries for four decades as well as the U.S. Departments of Energy and Defense. A Harvard and Oxford dropout, former Oxford don, honorary U.S. architect, and Swedish engineering academician, he has briefed 24 heads of state and written 31 books and over 500 papers. Cofounder and Chairman Emeritus of Rocky Mountain Institute (www.rmi.org), his work as its Chief Scientist has lately included leading the superefficient redesigns of scores of buildings, several vehicles, and $40+ billion worth of industrial facilities in 30 sectors. He led the incubation and startup of two of RMI’s five for-profit spinoffs: E Source, and Fiberforge, of which he is Chairman Emeritus. His latest books include Natural Capitalism (with P. Hawken & L.H. Lovins), Small Is Profitable and Winning the Oil Endgame (both with RMI colleagues), The Essential Amory Lovins, and Reinventing Fire. The most recent of his visiting posts in ten universities were as 2007 MAP/Ming Professor in Stanford University’s School of Engineering (www.rmi.org/stanford) and currently as Professor of Practice at the U.S. Naval Postgraduate School. He is an advisor to the U.S. Chief of Naval Operations on unclassified matters and a member of the U.S. National Petroleum Council. In 2009, Time Magazine named him one of the world’s 100 most influential people, and Foreign Policy, one of the 100 top global thinkers. His work in 60+ countries has been recognized by the “Alternative Nobel”, Blue Planet, Volvo, Zayed, Onassis, Nissan, Shingo, and Mitchell Prizes, MacArthur and Ashoka Fellowships, the Benjamin Franklin, Happold, and Hutchens Medals, 12 honorary doctorates, and the Heinz, Lindbergh, Jean Mayer, Time Hero for the Planet, National Design, and World Technology Awards.