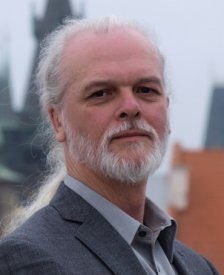 Mycle Schneider (France, Germany born), IEAC founding Board Member and Spokesperson, works as independent international consultant on energy and nuclear policy. In 2007 he was appointed as a member of the International Panel on Fissile Materials (IPFM), based at Princeton University, USA. He was the initiator and coordinator of the Seoul International Energy Advisory Council (SIEAC) between 2013 and 2019. Between February 2010 and June 2011, he acted as Lead Consultant for the Asia Clean Energy Policy Exchange, an ECO-Asia initiative, implemented by IRG/USAID. Between 2004 and 2009 he has been in charge of the Environment and Energy Strategies Lecture of the International Master of Science for Project Management for Environmental and Energy Engineering at the Ecole des Mines in Nantes, France. From 2000 to 2010 he was an advisor to the German Environment Ministry. 1998-2003 he was an advisor to the French Environment Minister’s Office and to the Belgian Minister for Energy and Sustainable Development. 1983-2003 he directed the energy information and consulting agency WISE-Paris. He has given evidence and held briefings at 14 national Parliaments and at the European Parliament. He has given lectures at 21 universities and engineering schools in 10 countries and has provided information and consulting services to a large variety of clients including international institutions, governments and NGOs. Mycle Schneider is convening lead author and publisher of the World Nuclear Industry Status Reports and co-editor of International Perspectives on Energy Policy and the Role of Nuclear Power, Multi Science Publishing, UK, 2009. In 1997 he was honored with the Right Livelihood Award (“Alternative Nobel Prize”).