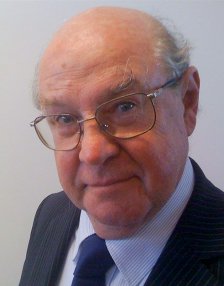 Walt Patterson (UK, born in Canada) is Associate Fellow in the Energy, Environment and Resources Program at Chatham House in London, UK, a Visiting Fellow of the Sussex Energy Group at the University of Sussex. He was Chair of the Seoul International Energy Advisory Council (SIEAC) between 2013 and 2019. A postgraduate nuclear physicist, he has been actively involved in energy and environmental issues since the late 1960s. Electricity Vs Fire: The Fight For Our Future (2015) is his fourteenth book. He has also published hundreds of papers, articles and reviews, on topics including nuclear power, coal technology, renewable energy, energy systems, energy policy and electricity. He has been specialist advisor to two Select Committees of the House of Commons, an expert witness at many official hearings, a frequent broadcaster and advisor to media, and speaker or chair in conferences around the world. He has been awarded the Melchett Medal of the Energy Institute. The Scientific American 50 named him ’energy policy leader’ for his advocacy of decentralized electricity. His current project for CH and the Sussex Energy Group is ’Managing Energy: Rethinking The Fundamentals’. Walt Patterson On Energy, www.waltpatterson.org, is an online archive of his work since 1970. For information and readers’ comments on Electricity Vs Fire, see www.waltpatterson.org/news.htm.